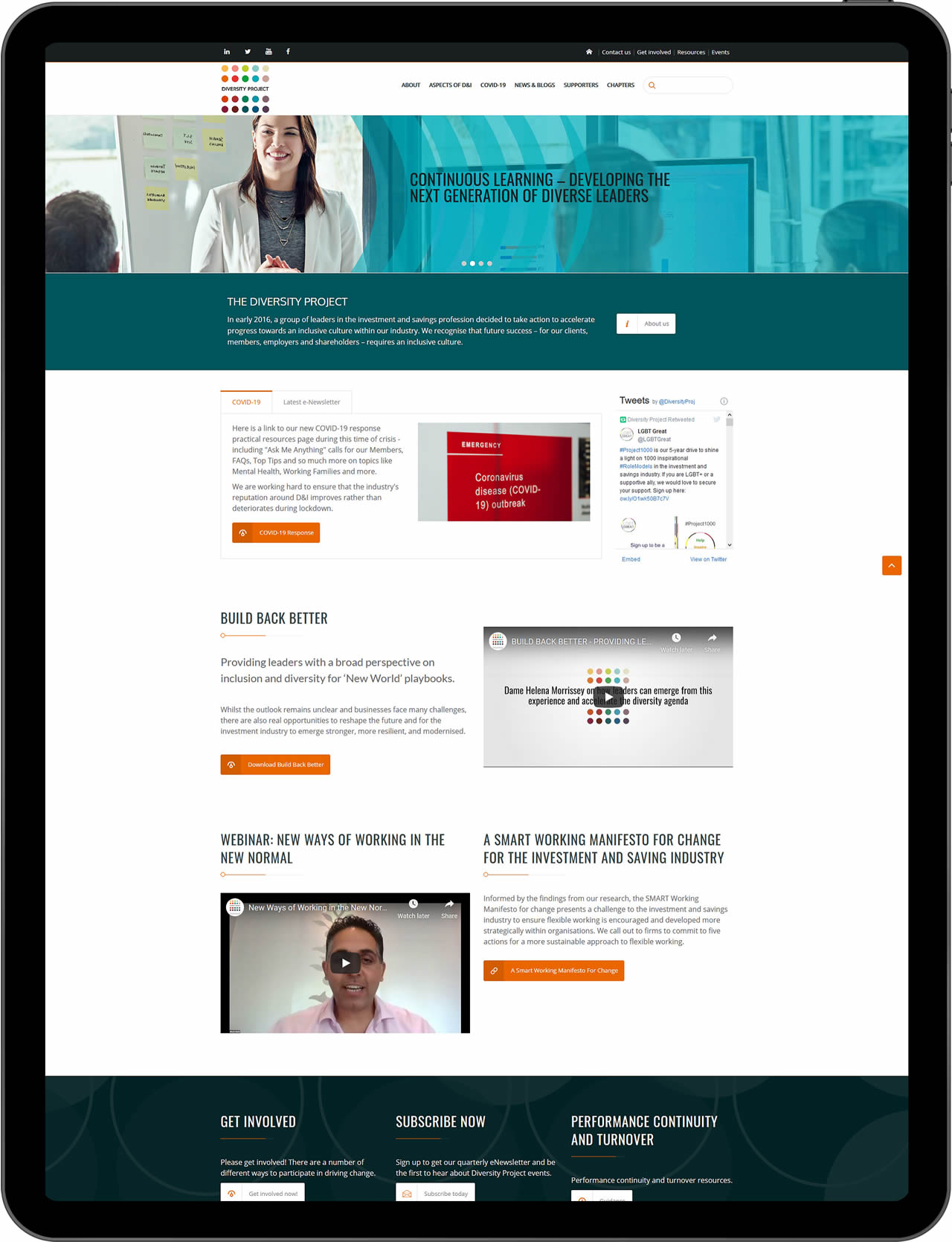 I’ve been working on a website for a new initiative, designed to encourage greater diversity and inclusion in the investment and savings industry. The site has recently gone live, and can be seen at http://diversityproject.com.

The project started after a group of leaders in the investment industry got together in early 2016 and decided to take action to accelerate progress towards a more representative workforce in the sector.

One of the driving forces behind it is the Helena Morrissey, the Chair of the Investment Association and former CEO of Newton Investment Management.

She also set-up the 30% Club, a campaign group that has the goal of achieving a minimum of 30% women on FTSE-100 boards. Since this group was set-up in 2010, the percentage of women on FTSE boards has doubled.

Many other companies, organisations and people have got behind this new initiative. The objectives go further than gender equality alone. Many of the employees in the investment and savings industries come from privileged backgrounds and ethnic minorities are under-represented.

There is also a greater need for people with a wider range of degree subjects, disabilities, age and sexual orientation. The aim of this new campaign group is to create greater diversity right across this industry.

Not just as board level, but from new recruiters to workers in their mid-career looking for a career change. A timescale of five years has been set for the campaign to make a real difference, and it will be interesting to see what progress is made.

The website has been built in the latest version of Drupal – Drupal 8. This is the most powerful open source website content management system – the software on which a website is built and maintained. This is used to power websites such as the American Whitehouse, TUC and the FBU. This new version of Drupal was launched at the end of last year, but we are only now seeing many new websites built on the technology.

Developers have been waiting for the core software to mature and for the most important of the add-on ‘modules’ created by the online community to be released. Like all websites where we’ve been involved with the development over the last few years, the site used ‘responsive design’ so that it can be used effectively on phones and tablets and also makes better sue of widescreens. It’s also been search engine optimised and is protected and made faster using CloudFlare.

I’m sure it will be growing in size of the coming months, but you can check it out at http://diversityproject.com.